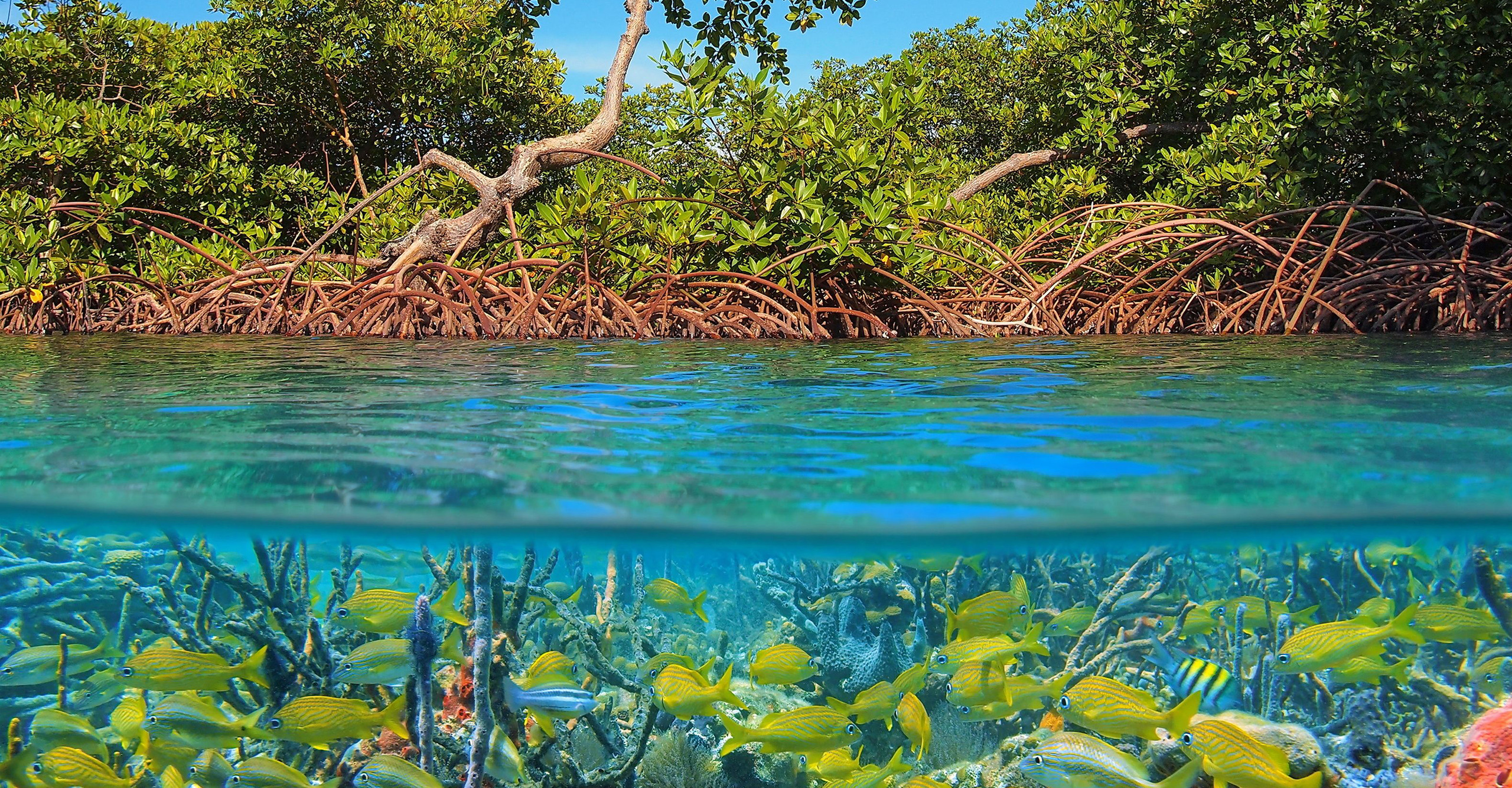 Since 1961 the annual global growth in fish consumption has been twice as high as population growth, demonstrating that the fisheries and aquaculture sector is crucial in meeting FAO’s goal of a world without hunger and malnutrition says Josè Graziano da Silva, former FAO Director-General. Yet, aquaculture and in particular shrimp aquaculture have had a hugely detrimental effect on coastal ecosystems. In Indonesia, this form of food production has damaged or degraded around 70 % of its mangrove forests according to the Global Mangrove Alliance.

On the current trajectory of plastic pollution and overfishing, there will be one tonne of plastic for every three tonnes of fish in the ocean by 2025. The most affected people are those in marginalised rural communities, especially in Southeast Asia, which is a marine biodiversity hotspot and contributes more than 60 % of the world`s marine debris.

+41 (0)22 999 02 17
bluenaturalcapital@iucn.org
IUCN, Rue Mauverney 28
1196 Gland, Switzerland
We use cookies on our website to give you the most relevant experience by remembering your preferences and repeat visits. By clicking “Accept All”, you consent to the use of ALL the cookies. However, you may visit "Cookie Settings" to provide a controlled consent.
Cookie SettingsAccept All
Manage consent

This website uses cookies to improve your experience while you navigate through the website. Out of these, the cookies that are categorized as necessary are stored on your browser as they are essential for the working of basic functionalities of the website. We also use third-party cookies that help us analyze and understand how you use this website. These cookies will be stored in your browser only with your consent. You also have the option to opt-out of these cookies. But opting out of some of these cookies may affect your browsing experience.
Necessary Always Enabled
Necessary cookies are absolutely essential for the website to function properly. These cookies ensure basic functionalities and security features of the website, anonymously.
Functional
Functional cookies help to perform certain functionalities like sharing the content of the website on social media platforms, collect feedbacks, and other third-party features.
Performance
Performance cookies are used to understand and analyze the key performance indexes of the website which helps in delivering a better user experience for the visitors.
Analytics
Analytical cookies are used to understand how visitors interact with the website. These cookies help provide information on metrics the number of visitors, bounce rate, traffic source, etc.
Others
Other uncategorized cookies are those that are being analyzed and have not been classified into a category as yet.
SAVE & ACCEPT